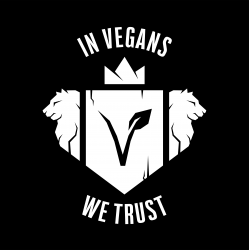 IN VEGANS WE TRUST

IN VEGANS WE TRUST - The Ultimate Vegan Ecosystem

IN VEGANS WE TRUST was born - To Strengthen Vegan Connections

Supporting vegan businesses is elemental in building vegan communities. While veganism continues to flourish around the world, the growth can be scattered and, often, quiet. IN VEGANS WE TRUST aims to bring together vegan businesses and vegan individuals in an organised and accessible way. Founder, Esther Bertram has been vegan for 20 years. She recognised the need for a vegan epicentre to bring the community together, to strengthen the endless good of veganism.

HOW IN VEGANS WE TRUST serves our vegan community

IN VEGANS WE TRUST is a platform for connection. We all want to buy vegan, but we can’t if we don’t know who and where. IN VEGANS WE TRUST enables vegan businesses to prosper by connecting them with their customers. In turn, customers benefit from the partnerships, with exclusive coupons and special deals. By facilitating a space for connection, the combined force of this increased connection assists the growth of veganism in the wider marketplace. Access, availability and connection are everything!

If you want to FIND or PROMOTE:

• Vegan Products
• Vegan Services
• Vegan Coupons
• Vegan Deals
• Vegan Events
• Vegan Jobs
• Vegan House-Shares
• Or if you’re looking for the vegan love of your life
• Or if you just want to share your latest vegan recipe, vegan video, vegan audio or vegan article
• Or if you want to chat with other vegans about vegan things...

… then you will benefit from becoming an IN VEGANS WE TRUST member.

Think of us as the all-in-one vegan social and vegan work connection platform.

Not only does this platform enable connections between vegan businesses and vegan individuals, it encourages excellence. Veganism is an ethical stance, which must flow into consuming and business practices if we are to become a valuable and desirable alternative to mainstream consumerism.

Email me jobs from IN VEGANS WE TRUST